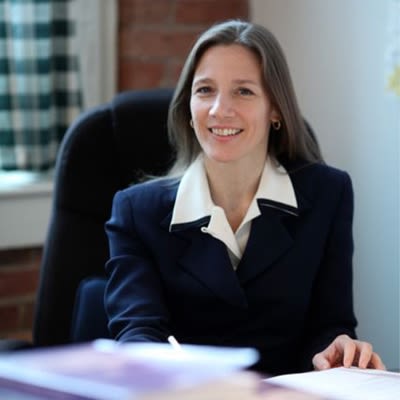 Vera Fedoroff is an attorney certified in consumer bankruptcy by the American Board of Certification, with law offices located in Howell, New Jersey. She is a Partner and bankruptcy attorney at the Fedoroff Firm LLC.

Ms. Fedoroff practices primarily in the area of bankruptcy law, representing debtors, secured creditors, and unsecured creditors in matters involving Chapters 7, 11, and 13. She represents both individual and business clients in matters before the United States Bankruptcy Court, in the Trenton and Newark vicinages.

In addition, she also represents individuals in loan modifications and workouts with banks and handles real estate transactions and minor probate/estate matters.

In the years 1996 – 1997, Ms. Fedoroff had the honor of serving as a Judicial Law Clerk for the Honorable Clarkson S. Fisher, Jr., in the Superior Court of New Jersey, Chancery Division, General Equity, and Family Part.

Don't face your debt problems alone. I am here to help.